Dr. Silverman is in private practice limited to Oral and Maxillofacial Surgery in New City, N.Y. and is an attending Physician at Westchester County Medical Center, Department of Dentistry. He is also a Clinical Associate Professor at New York Medical College. He lectures nationally on several different implant systems and is President of the Bi-State and Hudson River Implant Study Clubs. He is a past president of the Rockland County Dental Society and previously served on the Board of Governors of the Ninth District Dental Society. 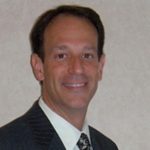