Dr. Blake has a special interest in implantology-both the surgical and prosthetic components and has provided this service to his patients for over 25 years. He received his Diplomat Status from the American Board of Implantology and was one of the first dentists in Canada to receive this certification. 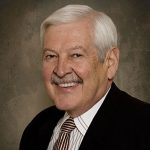 In March of 2006, Dr. Blake became an Associate Clinical Professor in Implantology at Temple University in Philadelphia. He has hospital privileges at Elgin St. Thomas General Hospital, is the president of the Canadian Society of Oral Implantology, is Implant Editor of Oral Health magazine and lectures both nationally and internationally. He is on the Faculty of the Mish Implant Institute of Toronto, and the Canadian Dental Implant Institute of Quebec. In these institutes, he holds the position of clinical instructor and guest lecturer.

Dr. Blake has the honour of being inducted as a Fellow of the International College of Dentists and the Pierre Fauchard Society of Dentists. Besides implantology, he has received additional training in endodontics, advanced cardiac life support and restorative procedures. Dr. Blake received the Alumni of Distinction Award from the University of Western Ontario dental school in 2005 and this year he was nominated and selected for Fellowship in the American College of Dentists. Outside of the office, Blake enjoys flying and time at his cottage in Georgian Bay.