Dr. Vassos is a general dentist who maintains a private practice in the historic Le Marchand Mansion in Edmonton, Alberta, Canada. Dr. Vassos graduated from Dentistry at the University of Alberta in 1963. As someone continually looking for advancement in both his personal and professional life, Dr. Vassos made the decision in 1968 to focus his career on the placement and restoration of dental implants. Thoughout this time he has also authored numerous published articles concerning this treatment modality. Dr. Vassos lectures locally and internationally and offers live demonstrations of his surgical techniques to other dentists at his private practice in Edmonton. 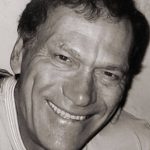 As an avid health enthusiast, Dr. Vassos encourages all his patients to focus on their overall health and well being as well as their oral health.

Dr. Vassos’ Curriculum Vitae, professional credentials and affiliations are available upon request due to existing advertising restrictions by the Alberta Dental Association and College (ADA&C).

Dr. Vassos Named Aaron Gershkoff – Norman Goldberg Award Winner
Dr. David Vassos D.D.S., a graduate of the University of Alberta in 1963, has been named the Aaron Gershkoff – Norman Goldberg Award winner for 2014. This highest honor awarded by the American Academy of Implant Dentistry (AAID) was presented at its 63rd Annual Educational Conference in Orlando, Florida in November.

The AAID is the oldest professional organization in the world dedicated to the advancement of implant dentistry, established in 1951, the organization has more than 4,500 members worldwide. Dr Vassos is the 42nd individual and the first Canadian to receive this award. Previous recipients include Per-Ingvar Branemark (Sweden), Dr. Leonard Linkow (USA), and Dr. Carl Misch (USA).

Since 1968, Dr. Vassos has dedicated his career to placing and restoring dental implants. He has had published 37 professional articles on implant dentistry. He participated in a five year clinical study for the FDA and Canada Health and Welfare which was used for approval for Steri-Oss (now Nobel Biocare) dental implants to be used in both the U.S.A. and Canada.

With Peter Petrick M.D. he conducted a 3-½ year sinus graft study in cooperation with the Division of Oral Pathology, at the General Hospital, Edmonton, and with Dr. Richard Murphy at the University Hospital, Edmonton. In 1978 he developed the one-piece and three piece ramus bar implants. He also designed the DMV blade implants for the Steri-Oss company, and the sinus bar implant. Dr. Vassos currently sits on the Nobel Biocare North American Advisory Council.

In 2003 he developed the VIPS surgical implant positioning system, which is in use in many countries.

In April of 2014, Dr. Vassos was awarded the AAID Lifetime Achievement Award.