Dr. Greg Kammeyer is from Denison Iowa. He received his undergraduate BS degree from Iowa State University studying chemistry, biology, and business. He received his dental degree (DDS) from the University of Iowa. During that time he did a student research project studying soft tissue using a transmission electron microscope. He practiced general dentistry prior to advancing his formal education in Implant Dentistry. He holds a graduate and Master’s degree in Implant Dentistry from Loma Linda University. This is a 3-year graduate degree in the subspecialty area of Implant Dentistry. His master’s research was on bone regeneration using CAT scans to study bone loss after bone regeneration procedures. 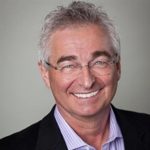 He has placed thousands of dental implants since 1985. He previously practiced as a general dentist for 16 years, focusing on aesthetic and reconstructive dentistry and understands the challenges of general dentistry. He focused his practice on comprehensive care and at that time both placed and restored dental implants. Since 2000 his practice has been focused on placing dental implants. He lectures nationally, internationally, has performed clinical research in several settings and is a published author. He has received awards for both original research and for a publication.He has participated in numerous clinical research projects both through Clinical Research Associates through the University of Iowa College of Dentistry and through Loma Linda University.He has been an advisor to a major dental implant manufacturer for product design and professional relations. He has been using the now popular Teeth-within-a-Day concept since 1985. He has also extensively served on the Board of Clinicians and has advised a startup dental implant/orthopedic company, Nasseo, (see Nasseo.com) that has developed a proprietary implant surface using Nanotechnology.He is currently the director of the respected and well known CCC Study Club (a Seattle Study Club Affiliate). He currently has a private practice in Sun City West, limited to dental implant surgery, which is the only practice in Arizona devoted to Dental Implant Surgery.Dr. Kammeyer’s hobbies include racquetball, scuba diving and traveling with his wife, Linda. He enjoys reading, watching movies and loves spending time with his daughters Chelsea and Katy when they are in town. Binkley and Scooter, his cats, also enjoy their quality time with him.