Dr. Reuss graduated in 1972 from the Dental School at the University of California, San Francisco. He then served as a Captain at Fort Benjamin Harrison in Indiana for two years. In 1974 he began practicing in Anderson, California. 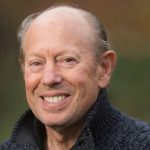 Dr. Reuss has successfully completed extensive postgraduate training in comprehensive Bioesthetic rejuvenation and dental implants. In 1989 he earned status of Fellow in the Academy of General Dentistry by completing over 500 hours of continuing education and an extensive written examination. In 1991 he was inducted as an Associate Fellow in the American Academy of Implant Dentistry. In 1996 he completed the highest level of the Orognathic Bioesthetics Institute after two years of intensive study. In 2005 he achieved Diplomate status in the American Board of Implantology/Implant Dentistry (ABOI/ID) by completing an extensive written examination and oral presentation of dental implant cases spanning the past twenty years.

Dr. Reuss also maintains membership in the American Dental and California Dental Associations, and the Northern California Dental Society (having served as President for one year). He is currently a board member for the Shasta ROP Registered Dental Assisting Program. In 2001 he was instrumental in establishing a dental clinic at the Good New Rescue Mission in Redding and continues to serve as Director over a wonderful team of volunteer Doctors and staff personnel who provide free dental care at the Mission.