He stands out as a leading dentist in Sioux Falls and uses the latest in dentistry techniques to provide you with a beautiful and healthy smile. Additionally, Dr. Edward Kusek believes strongly in education to prevent oral health problems before they occur, and makes sure to keep patients fully informed about their dental health. Dr. Kusek is a general dentist truly compassionate about continuing education and offering his patients the latest advancements in general dentistry. 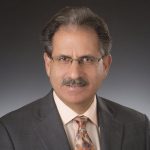 HOW DID YOU GET INTO DENTISTRY?

TELL US ABOUT YOUR FAMILY.

WHAT DO YOU DO IN YOUR FREE TIME?