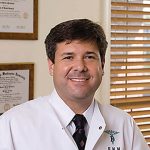 Dr. Mendelson graduated with a B.A.in Economics from the George Washington University, a D.D.S. from the Medical College of Virginia, completed a residency in Advanced Education in General Dentistry at the University of Pennsylvania and has achieved a certificate in advanced studies in Oral Implantology from the New York University. Dr.Mendelson has been featured in journals and has lectured both nationally and internationally on a myriad of topics.He is also a diplomat of the American Board of Implantology. Dr. Mendelson is also an accomplished magician who has performed live at the Bellagio Hotel in Las Vegas!