Dr. Jay Elliott has been making people smile in southeast Houston for over 30 years. After graduating from Texas A&M in 1976, he entered dental school at the University of Texas in Houston. He graduated in 1980 and opened his practice on Broadway in 1981. 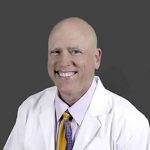 Dr. Elliott met his wife Tracy while both were in dental school. They married in 1983 and have three daughters, Jackie, Kalli, and Chelsea.

Dr. Elliott placed his first implant in 1987 and developed a love of implant dentistry. He sought out the best training he could find and as a result, he has completed some of the most comprehensive and exclusive dental implant training in the world. He completed the maxi-course at the Medical College of Georgia in 1995 and then was accepted to a three year post-graduate course in implant dentistry at Loma Linda University in Loma Linda, California. This is the only three year graduate program for implant dentistry in the United States. He received a graduate certificate in implant dentistry from Loma Linda in 2000. In addition to this, he has had the privilege of studying under some of the pioneers of this discipline, among them Dr. Paul Johnson, Dr. Ralph Roberts and Dr. Hilt Tatum.