Dr. Lawrence Nalitt is originally from Brooklyn, NY. He completed his undergraduate study at SUNY at Stony Brook in 1978 and received his Doctor of Dental Surgery in 1983 from New York University College of Dentistry. Dr. Nalitt then entered private practice and founded Broadway Dental Center in 1985. He is a general dentist and has been providing affordable, quality dental care for the Williamsburg/Bushwick community for the past 25 years. Dr. Nalitt is proficient in all phases of dentistry and is actively involved with implant dentistry, doing both the surgical and restorative phases. 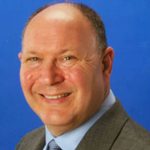 Dr. Nalitt is a faculty member of The Dental Implant Learning Center at Englewood and of The Zimmer Institute. He has been recognized by the Academy of General Dentistry and was awarded the prestigious Fellowship status (FAGD) in 2010. Dr. Nalitt has also attained the level of Fellow in the International Congress of Oral Implantologists (FICOI).

Dr. Lawrence Nalitt is a Diplomate of the American Board of Oral Implantologists (ABOI) Which symbolizes the highest level of competence in implant dentistry.

Dr. Lawrence Nalitt received the 2010 Fellowship Award from the Academy of General Dentistry (AGD) during their annual meeting and exhibits event in New Orleans, La. The Fellowship award is presented to dentists who seek to provide the highest quality of dental care by remaining current in their profession. Dr. Nalitt completed 500 hours of continuing dental education, passed a comprehensive exam and fulfilled three years of continuous membership in the AGD.

AAID logoDr. Nalitt was recognized as an Associate Fellow of the Academy at the American Academy of Implant Dentistry’s 2011 Annual Meeting. As one of 570 dentists who hold this distinguished membership, Dr. Nalitt is one of the leading experts in implant care.

It is the goal of Dr. Nalitt and his staff to provide Dentistry with a Smile!!

Article from AAID News on Dr. Nalitt:
Recipient of Paul Johnson Service Award Announced
Larry Nalitt, DDS, AFAAID, has been named the recipient of the 2014 Paul Johnson Service Award. The award recognizes outstanding service to AAID as exemplified by the late Dr. Paul Johnson. It is intended to acknowledge the work of AAID volunteers who have gone “over and above” and highlight that much of the success of AAID is due to the hard work of committed volunteers. Any AAID member, with the exception of national officers, who volunteers for any AAID committee, task force, district, or meeting, is eligible to be considered for the award. The criteria established for the Award suggests that the recipient:

• Consistently participated at the committee, district level with thoughtful contributions

• Prepared for meetings by reviewing materials, participated in discussions

• Consistently went “over and above” on volunteer activities or projects

• Set an example for the rest of the volunteers

The Board of Trustees delegated to staff the responsibility to choose the recipient. Dr. Nalitt was chosen from a half-dozen nominees. He exemplified the spirit of this award through his support of AAID’s social media efforts. As a member of the Public Relations Committee this past year, Dr. Nalitt and all members of that committee as well as the Board of Trustees were encouraged to become active in AAID’s social media efforts, particularly on Facebook. Dr. Nalitt took this to heart and became one of the top five “influencers” on AAID social media channels. He even was more active than all other members of the PR Committee and Board of Trustees combined. He did this by “liking” posts and sharing them with his own Facebook friends. He periodically commented on postings by AAID or others. He was active in his participation on the Public Relations Committee. Previously, he served on the Membership Committee for two years, where his comments and suggestions led to the implementation of a number of new initiatives designed to gain more members for the Academy.