Dr. Lee Fitzgerald is a Specialist in Dental Implants. He is from the Dallas area having grown up in Rockwall, Texas. He received his undergraduate education from The University of Texas at Austin (1977-1981). Dr. Fitzgerald attended Baylor College of Dentistry (1981-1985) completing his DDS degree as a general dentist. He continued his education as an Extern in Oral and Maxillofacial Surgery at Southwestern Medical School in Dallas in 1985. Dr. Fitzgerald is also a 2006 graduate of the Maxi Course in Implant Dentistry from the Medical College of Georgia. He was awarded his Diplomate as a Board Certified Specialist in Dental Implants in 2013. Dr. Fitzgerald also lectures and mentors dentists interested in advanced implant and cosmetic dentistry, and currently practices general dentistry, implant dentistry, and cosmetic dentistry in Plano, Texas at his Dental Implant Center. 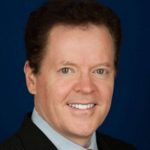 Dr. Lee Fitzgerald and his family live in Frisco where they are active in their community. He has volunteered his time with mission groups, elementary schools, the James and Louise Addison Kiwanis Dental Clinic, Network of Community Ministries and the Soupmobile. His wife Arma founded the International Oral Cancer Association dedicated to creating awareness about oral cancer. Dr. Fitzgerald and Arma are both avid photographers, art patrons, and share a passion for helping people.

Dr. Fitzgerald has also held the following distinctions and positions:

Dr. Fitzgerald, General Dentist and Specialist in Dental Implants was also featured in the September 2013 issue of North Texas Dentistry. The article focused on his work in implant dentistry and his specialized all-in-one implant center.