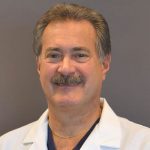 Dr. Lipkin earned a post-graduated degree in Advanced General Dentistry in 1981, and was then appointed a Clinical Associate of Oral Rehabilitation at The University of Pennsylvania where he taught in the post graduate school until 1993. Since his days as a student, Dr. Lipkin, has committed himself to continue to learn and share his dental expertise with his patients and other professionals.

In addition to managing his own practice for over 30 years, he is a member of the Medical Staff, Department of Surgery at Grandview Hospital in Sellersville. He has lectured to local dental study groups on various dental techniques. A lifelong learner, educator, and innovator, Dr. Lipkin has developed an expertise in full mouth reconstruction, cosmetic dentistry, and dental implant surgery and restoration. He is certified by Nobel Biocare in Dental Implantology, Invisalign® orthodontics, and has extensive training in periodontics and prosthetic reconstruction through his post graduate studies.

Dr. Lipkin earned a Fellowship in the Academy of General Dentistry (FAGD) in 1997, and has been a member of the professional organization for more than 25 years. Fellows of the AGD must earn a minimum of 500 approved continuing dental education credits and pass a 400-question exam following five years of continuous membership. He is currently on track to become a Master of the Academy of General Dentistry (MAGD).

After passing a rigorous written examination, Dr. Lipkin was presented to the Board of the American Academy of Implant Dentistry (AAID) and passed his oral examination and case presentation examination, whereby he was granted an Associate Fellowship in this prestigious group joining the ranks of only twenty-three others in the state of Pennsylvania. He was presented a Fellowship in this organization by credentials in 2012. He is also a member of the International Congress of Oral Implantologists (ICOI), an international organization dedicated to the advancement of dental implants. He has earned his Fellowship in this organization and his Mastership in their Implant Prosthodontics section. The latter award can only be attained by demonstrating proficiency in dental implant placement as well as implant restoration. Dr. Lipkin was awarded Diplomate status by the American Board of Oral Implantology/Implant Dentistry (ABOI/ID) in 2012. This prestigious organization recognizes dentists for expertise in dental implantology, both surgically and restoratively. The conference of Diplomate status signifies that the practioner conforms to the highest standard of care available, as judged by the board. Dr. Lipkin is one of fourteen dentists in Pennsylvania who have achieved this prestigious designation and less than five hundred world wide. Dr. Lipkin has just been recognized as a 2010, 2012, 2014, 2016,and most recently, a 2017 Philadelphia Magazine TOP DENTIST. To create their TOP DENTIST list, Philadelphia Magazine asked thousands of dentists in the region to nominate their peers- those who they thought were the best in their specialty. Narrowing down the nominations with the help of a hand-selected ‘Advisory Board’, Philadelphia Magazine editors compiled their final list, ultimately recognizing the TOP DENTISTS. Dr. Lipkin was named by his peers as a TOP DENTIST in the category of General, Cosmetic, and Prosthetic Dentistry. Dr. Lipkin is an active member of the American Dental Association, the Pennsylvania Dental Association, the Montgomery-Bucks Dental Association, the Philadelphia County Dental Association, and the Suburban Implant Study Club. He also serves as a dental expert witness for plaintiffs and defendants and has contributed to articles in dental text books and periodicals. He has recently been appointed a Secondary School Committee admissions interviewer at his alma mater, The University of Pennsylvania. An avid Philadelphia sports fan Dr. Lipkin’s other hobbies include travel, antique and collectable cars, and classic movies. Since coming to the Souderton area thirty-one years ago, Dr. Lipkin has been a member of the Souderton-Telford Rotary.