Dr. Nick Caplanis is an Assistant Professor and part-time faculty within the Graduate Program in Implant Dentistry, at Loma Linda University School of Dentistry. He attended Rutgers University for his undergraduate studies and received his dental degree (doctorate in dental medicine, DMD) from the University of Medicine and Dentistry of NJ (UMDNJ-NJDS), in 1991. After completing a one year hospital based general practice residency, he moved to California to study at the prestigious center for implant dentistry at Loma Linda University. He completed the three year Residency in Implant Surgery and Prosthodontics in 1995, received a Masters of Science Degree in Oral Implantology in 1996 and earned a Specialty Certificate in Periodontics in 1997. Dr. Caplanis has an extremely unique background and is one of only a few doctors nationally, with formal residency training in the inter-related fields of Implant Surgery, Prosthodontics and Periodontics. 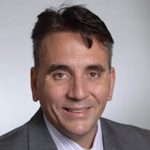 Dr. Caplanis has served as general as well as scientific chair for a number of national and international conferences in implant dentistry. He has published numerous clinical technique and research papers and is co-author of multiple text book chapters widely disseminated throughout the profession. He is well recognized as a leader in his field, and lectures nationally as well as internationally on the inter-related topics of, Periodontal Reconstructive Surgery and Implant Dentistry. He maintains a full-time private practice limited to Periodontics and Dental Implant Surgery, in Mission Viejo, California since 1997.