Dr. Oscar Dalmao is a professional dentist and the owner of our Mississauga dental office. He was born in Montevideo capital of Uruguay and raised in the Catholic Faith. In 1967, he came to Canada. He became a Registered Dental Technician in 1981 and became a Denture Therapist at the same time. 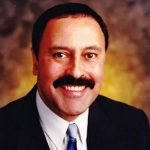 From 1984 to 1995
In 1984, Dr. Oscar Dalmao graduated as a Doctor of Dental Surgeon from Central University of Ecuador, Faculty of Dentistry. He challenged the National Dental Examining Board of Canada in 1988 and was granted his license to begin practicing general dentistry in Ontario in August 1988.

As a member of Royal College of Dental Surgeons in Ontario, our dentist always eager and yearning to learn new skills. He championed quality dental care by invested his time, financial through extensive training in a positive manner of continuing education.

In April 1994, he completed Perio Surgical Skills course through the Perio Institutes.
He became an active member of Academy of General Dentistry in May 1994,
In June 1995, he completed the Postgraduate Program in Esthetic Dentistry from State University of New York at Buffalo, School of Dental Medicine.
From 1995 – 1997
Dr. Oscar Dalmao’s career took a unique turn when he was introduced to a dental implant. Since then, he as furthered his education by undergoing extensive trains in placement and restoration of dental implants, as well as advanced bone grafting techniques.