An alum of The Hun School, Dr. Staller’s roots are in Princeton, NJ. After graduating from Rutgers University School of Environmental and Biological Sciences and the University of Medicine and Dentistry of New Jersey, Dr. Staller completed his post-graduate periodontology and dental implant training and residency at the Boston University Henry M. Goldman School of Dental Medicine. 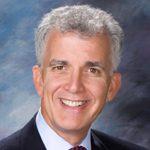 He established his practice in Princeton in 1989. Twelve years later, he took over another and formed what is known today as Princeton Periodontics & Implants. Early on in dental school, Dr. Staller made an internal promise to commit himself, foremost, to his patients, regardless of what form or direction it took. It remains his guiding principle today. As technology advances and treatments evolve, he constantly evaluates every subtle shift by asking himself, “What’s best for my patients?” In turn, he’s proudest—even more than he is of the substantial amount of cases to his credit—of his reputation among his patients and peers alike as one of the most compassionate, experienced periodontists in Princeton, NJ.

Dr. Staller and his wife, Helane, married for 31 years, make their home in Princeton, NJ, and raised their two children here. Away from his practice, Dr. Staller golfs, plays tennis, and skis—his passion for which is rivaled only by his profession. He’s skied many of the country’s most prominent slopes—Aspen, Alta, Big Sky—but his work and continuing education schedules these days tend to leave him reaching for the shovel more often than his skis come the winter.