Walter C. Chitwood, Jr., DDS is one of only a handful of implant specialists in Tennessee, certified by the American Board of Oral Implantology. He has also received several other honors including being named Diplomate of the International Congress of Oral Implantologists, and Fellow of the American Society of Osseointegration, Academy of Implants and Transplants, and the Academy of Dentistry International. He has also been bestowed the title of Honored Fellow by the Academy of Implant Dentistry. 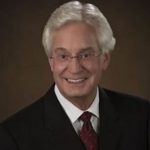 Dr. Chitwood is also an educator. In addition to private practice, he holds several teaching positions: Assistant Clinical Professor, University of Tennessee College of Dentistry, Department of Prosthetics, and faculty member of the AAID implant MaxiCourses in Oregon and at Rutgers School of Dental Medicine. He also serves as the Director of the Professional Education Resource Center.

Dr. Chitwood is also very involved with his community. He serves on several boards, including the Tennessee Academy of General Dentistry, and the Academy for Sports Dentistry. He is one of the athletic dentists for Middle Tennessee State University.

He takes time each year to participate in medical mission trips to Central and Latin American countries (33 trips to Mexico and Nicaragua). Dr. Chitwood and his wife, Denise, have three children Carleigh Dunbar (Daniel), Mary Ansley, and Walt III.